Back in November 2013, I interviewed author Benjamin Gorman for my WordPress blog. I hope you enjoy it...


Welcome to the six hundred and ninety-fourth of my blog interviews with novelists, poets, short story authors, biographers, agents, publishers and more. Today’s is with multi-genre author Benjamin Gorman who I also interviewed back in July 2011. A list of interviewees (blogged and scheduled) can be found here. If you like what you read, please do go and investigate further. 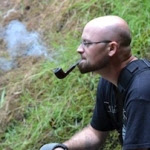 Morgen: Hello, Benjamin. Please tell us something about yourself, where you’re based, and how you came to be a writer.
Benjamin: Well, the simple story goes something like this: Boy moves from San Diego to Cincinnati during eighth grade. He does not adjust well, and decides to hide in books. When his English teacher assigns a short story, he turns in the first 60 pages of a novel and decides he could write the books he loves to read. He spends the next 20 years learning that the quantity of prose does not equal quality, and studying how to craft the kinds of books he enjoyed so much. That’s the simple story.
But then, simple stories are all-too-often deceptively simple stories. A more honest version of how I came to be a writer would require my whole autobiography, because almost every part of who I am is intimately connected to my writing.
Morgen: “hide in books”, I love it, and that’s what it feels like to write them… for me anyway. And I’m definitely consumed by writing. What genre do you generally write and have you considered other genres?
Benjamin: My first completed novels were Sci-Fi. Then I tried and failed at horror. Then I had some really bad luck: I wrote a book about some Old Testament miracles taking place in the modern day and being covered up by the government. I finished it right before 9/11, and afterward it would have read like a crazy conspiracy-theorist defence of the 9/11 hijackers. Disheartened, I went to what I knew; since I teach high school kids, I wrote a couple YA novels. My most recent novel falls into the loose definition of literary fiction. More specifically, it could probably be described as contemporary fantasy (since it’s an adventure story involving the interaction between mythological characters and modern people) or magical realism (since the world of the supernatural and the natural overlap seamlessly in the book). I admit I wasn’t driven by much of a commercial impulse when I wrote it, so I didn’t have a clear genre in mind, but the final product came out so well that I feel compelled to publish it even if there isn’t a specific shelf for it at your local bookstore.
Morgen: It’s interesting that you tried different genres. I did the same and have settled on crime, although I’m currently taking a break for NaNoWriMo and continuing one of my 5pm Fiction stories, about a talking dog with attitude! What have you had published to-date? Do you write under a pseudonym?
Benjamin: So far, I’ve only had short stories published. That frustrates me because short stories really aren’t my strength. I still have the copy of the literary journal from my university somewhere, and I was pretty excited to see my words in print, but now short stories are a means to get my name out there. I’ve had stories published with a few online literary journals (like amwriting.org) and I’ve tossed three of them up on Amazon. Now I’m excited to finally publish a novel, a form I’m far more comfortable with.
Morgen: Most writers are, although if I had to pick, I’d write short stories. Have you self-published? If so, what lead to you going your own way?

Back in November 2013, I interviewed author Carmen Reid for my WordPress blog. I hope you enjoy it...


Welcome to the six hundred and ninety-third of my blog interviews with novelists, poets, short story authors, biographers, agents, publishers and more. Today’s is with contemporary women’s, young adult, and historical novelist Carmen Reid. A list of interviewees (blogged and scheduled) can be found here. If you like what you read, please do go and investigate further.
Morgen: Hello, Carmen. Please tell us something about yourself, and how you came to be a writer.

Carmen: I’ve been reading and scribbling for as long as I can remember. I studied English at university, went on to be a journalist and in my late 20s, decided I had to get on with writing fiction because it’s what I’ve always wanted to do. I’m now on my 19th novel. I’ll always write even if no one reads a word, because it’s how I do my thinking, really.
Morgen: I write to be read, and love it when I get reader feedback (positive or otherwise) because it means it’s being read. I have six novels in files (waiting for final editing) so no one will if they stay there. You live in Scotland, as do many other authors (especially Edinburgh and Glasgow), do you think the country has a particularly literary pull?
Carmen: The rain, the long dark winters… maybe we’re an indoors nation so there is lots of writing going on.
Morgen: Not a bad thing. You’re best known for writing contemporary women’s fiction but you have also written young adult and a standalone historical novel. Do you think the genre boundaries have softened in recent years and, have you considered other genres?
Carmen: I think genres are useful because they signal to readers what kind of book they are picking up. The boundaries have definitely blurred, because writers push at them. If love stories are allowed in crime novels, why not have a crime in a love story? I never worry too much about what the genre demands. I write the stories I’m bursting to tell and just hope readers find them as interesting as I do.
Morgen: I’m sure they do. You’ve had 18 novels published to-date, all as ‘Carmen Reid’, have you ever been tempted or, or indeed written, under a pseudonym?
Carmen: No, I’m not sure I get the pseudonym thing. If you’ve written something, especially in the social media age, don’t you want to talk about it, champion it and stand up for it? Even if you have to explain to your readers that you’re doing something different.
Morgen: I think that’s where publishers have been keen, up to now, for authors to have other names (Caroline Harvey = Joanna Trollope, Barbara Vine = Ruth Rendell etc) because they don’t want readers to expect one thing and get another and possibly be disappointed, although they’re covers tend to have ‘x writing as y’ which sort of defeats the object. It’s hard enough to market one name let alone more. Have you self-published? If so, what lead to you going your own way?
Carmen: I’ve self-published some of my backlist in the US for Kindle. The best part was working with a designer to get the covers just as I wanted them. The titles leap up the charts when they are free or heavily discounted, but I don’t do that often as I’m not sure I want to encourage people to think that books which take a great deal of time and effort to write should cost less than a cup of coffee.
Morgen: There’s a debate about this on LinkedIn at the moment, with some saying there shouldn’t be free ones. I think it’s hard enough for beginning writers to be seen or taken seriously so if they make, say, the first in their series free or cheaper then hopefully their readers will enjoy it and buy the rest. I guess it’s try a bit of everything and see what works. Are all your books available as eBooks? How involved were you in that process? Do you read eBooks or is it paper all the way?
Carmen: My books are all available as eBooks in the UK. I still prefer a paper book, but for travel I load up the laptop with the help of the Kindle App.
Morgen: Most people do, although many (myself included – I gave up two rooms for two lodgers (housemates)) have run out of room for more books and as you say, Kindles are so portable. I have c.2,000 books on mine. Do you have a favourite of your books or characters? If any of your books were made into films, who would you have as the leading actor/s?