Welcome to the six hundred and seventy-sixth of my blog interviews with novelists, poets, short story authors, biographers, agents, publishers and more. Today’s is with sports / paranormal novelist and short story author John Heldon. A list of interviewees (blogged and scheduled) can be found here. If you like what you read, please do go and investigate further.
Morgen: Hello, John. Please tell us something about yourself, where you’re based, and how you came to be a writer. 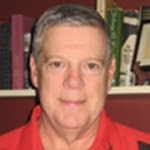 John: I’m John Heldon, and I retired a couple of years ago.  I live with my wife of 43 years, Virginia, in Marlboro, New Jersey, USA.  Over the past twenty or so years I’ve been a piece of flint about writing, not being able to work more than full time as a small businessman, and write at the same time.  However, when I retired, sure enough that flint sparked, and I burn to write each day.  I never figured myself as a late bloomer, go figure.
Morgen: :) Most of the members of my writing groups are retired because they’ve now got the time to write. I’ve often said in these interviews that 300 words a day equates to 100,000 words a year but of course it’s easier said than done to find the time even to write that every day. I need something like NaNoWriMo to write chunks. Fortunately Camp NaNoWriMo is coming up and I’ll be continuing my crime series. Having done NaNoWriMo five times, I’d encourage anyone to do either (or both) because it definitely focuses the mind. What genre do you generally write?
John: Sports fiction, with paranormal elements.  Someday, I would like to write for children.
Morgen: What have you had published to-date? Do you write under a pseudonym?
John: My first book “Ark”, as well as a “boomer humour” blog http://ivegotafunnystory.com, twice or thrice weekly.  My legal name is “John J. Heldon, Jr.” Because my dad, God bless him, is still alive.  I write under just “John Heldon”.  I’m still easy enough to find.
Morgen: That’s the trick, we should be Googleable. You’ve self-published, what lead to you going your own way?
John: I am self published.  I read and heard some horror stories about getting traditionally published.  Then I heard about Amanda Hocking, and her success marketing the Internet, so I decided to go that route.
Morgen: I’m self-published too and we all strive for Amanda’s success. It’s tough but ‘you have to be in it to win it’, as they say. Is your book available as an eBook? How involved were you in that process?

John: “Ark” is available on Kindle, and Nook.  I published through Createspace, and they handled the setup.
Morgen: Do you have a favourite of your books or characters? If any of your books were made into films, who would you have as the leading actor/s?
John: My favorite is Charlie Bennett from “Ark”.  The story is about a college basketball team of ghosts from 40 years ago, but the twist is these ghosts’ personas are still ALIVE in the present.  Charlie is the best player, and his teammates rely on him. However, he is conflicted, both in the time warp, and the present time.  He embodies not only the mistakes an athlete makes in planning for the future, but those we all do.  Just as he needed to have two dreams, one based on athletics as well as academics, we should all have back up dreams.  Second chances at redemption can be gotten, and Charlie turns out all right in the end.  The older Charlie would be Kevin Costner, but I’m undecided for the younger Charlie.
Morgen: Maybe your readers could tell you. Which author would you compare your writing to?
John: F Scott Fitzgerald.  I hope someday to get within a mile of his talent, lol!  “The Great Gatsby”, in my opinion, doesn’t have a word out of place.
Morgen: I’ve not read it but will definitely watch the movie. Having a word-perfect book is something we all inspire to. Did you have any say in the title / cover of your books? How important do you think they are?