Back in February 2013, I interviewed author TL Spencer for my mixed WordPress blog. I hope you enjoy it...
Welcome to the six hundred and forty-sixth of my blog interviews with novelists, poets, short story authors, biographers, agents, publishers and more. Today’s is with paranormal romance author TL Spencer. A list of interviewees (blogged and scheduled) can be found here. If you like what you read, please do go and investigate further.
Morgen: Hello. Please tell us something about yourself, where you’re based, and how you came to be a writer. 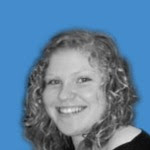 TL: My full name is Terri-Louise Spencer. I’m a Leo baby, born in August 1992 and I live in the lovely seaside town of Cleethorpes in North East Lincolnshire. At the age of eleven I was diagnosed with epilepsy and turned to my love of writing as a way to cope.
Morgen: I’m an August Leo too but 25 years older than you. :( What genre do you generally write and have you considered other genres?
TL: I am a romantic with a love of the paranormal. Most of my stories tend to be of that genre. Anything remotely weird and I’m there.
Morgen: Oh me too. The quirkier the better. What have you had published to-date? Do you write under a pseudonym?
TL: Blood Prophecy: The Fated Three (http://apostrophebooks.com/books/blood-prophecy), published with Apostrophe Books, is my first novel. I write under TL Spencer.
Morgen: Are your books available as eBooks? How involved were you in that process? Do you read eBooks or is it paper all the way?
TL: My book is only available as an eBook. I loved the entire process, from editing, proofing, cover design. It was all so intriguing; everybody worked like demons to get things done. I read both eBooks and printed; eBooks are a lot less bulky.
Morgen: I have 400+ books on my iPad. I love it. Do you have a favourite of your characters? If your book were to be made into a film, whom would you have as the leading actor/s?

TL: My favourite character is Lalinn because she is the most realistic, the most human. In general, people don’t really change; we like to think that they do, but they don’t. Lalinn is the epitome of this. Though she learns from her mistakes – despite what horrors she experiences - her fundamental character doesn’t change. Lalinn is also extremely funny and was the most challenging character to write.
If Blood Prophecy was made into a film, I would be ecstatic. When writing the novel, several actors were firmly placed in my mind as they helped me picture my characters: Josh Hutcherson (Dmitri), Chris Zylka (Gregori), Bonnie Wright (Aynia) and Ian Somerhalder as Jaden. Other main characters: Selene, Sariel and Lalinn, I never really thought about casting because I knew what they looked like in my head.
Morgen: And I’m sure readers have their own ideas. Which author(s) would you compare your writing to?
TL: I would hope to be compared to authors such as LJ Smith and Lauren Kate. They are both brilliant authors within the genre.
Morgen: Being traditionally polished, did you have any say in the titles / covers of your books? How important do you think they are?