Back in January 2013, I interviewed author Bob Mayer for my WordPress blog. I hope you enjoy it...

Welcome to the six hundred and twenty-sixth of my blog interviews with novelists, poets, short story authors, biographers, agents, publishers and more. Today’s is with thriller writer Bob Mayer. A list of interviewees (blogged and scheduled) can be found here. If you like what you read, please do go and investigate further.
Morgen: Hello, Bob. Please tell us something about yourself, where you’re based, and how you came to be a writer. 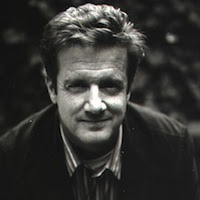 Bob: My name is Bob Mayer and I’m based in Chapel Hill, North Carolina.  I recently moved here from the Seattle area for the birth of our first grandchild.  I wrote my first novel in 1988 and it was published in 1991.  I spent 20 years in traditional publishing, with over 40 books and hitting all the bestseller lists.  In 2011 I went indie.  I sold 3 eBooks my first month, but 18 months later have sold over half a million and earned over a million dollars in eBook sales.
Morgen: Wow, Bob. I’m sure everyone here would love to know your secret. I’d love you to come back and do a guest blog on your experiences of indie publishing. What genre do you generally write and have you considered other genres?
Bob: I write in multiple genres.  Science thriller with my Area 51 and Atlantis series.  My latest release, I, Judas: The Fifth Gospel, is a science thriller in the vein of Michael Crichton.  Because of my background in Special Forces, I’ve also written a number of military thrillers.
Morgen: Thrillers are incredibly popular and having experience you can write about will make it all the more convincing. You mentioned having over 40 books, have you ever written under a pseudonym?
Bob: All my books are now under my name, but for years I wrote under four different pen names.
Morgen: Some authors do for different genres but I think it’s easier now not to, especially as it’s tough enough to market one name. You’ve self-published for the past couple of years, what lead to you going your own way?
Bob: I went indie because I looked a couple of years ahead and saw great changes coming in publishing.  I’m very glad I made the change as early as I did.  While I am indie, I just signed a book deal with 47North, Amazon’s science fiction imprint and the first book came out in December: Area 51: Night Stalkers.
Morgen: Congratulations. It must still be a thrill to have a new book. Are all your books available as eBooks?
Bob: 99% of what I sell are eBooks. I believe it’s the future.