Back in October 2012, I interviewed author Richard Armstrong for my WordPress blog. I hope you enjoy it...
Welcome to the five hundred and fifteenth of my blog interviews with novelists, poets, short story authors, biographers, agents, publishers and more. Today’s is with non-fiction author Richard Armstrong. A list of interviewees (blogged and scheduled) can be found here. If you like what you read, please do go and investigate further.
Morgen: Hello, Richard. Please tell us something about yourself, where you’re based, and how you came to be a writer. 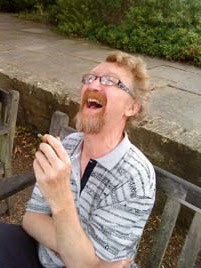 Richard: I am based in Cambridge and have been writing since the late-1980s. I began contributing short articles and reviews while in London to ‘What's On’ publications and began work on my first book in 1990. My first published article was a snippet on the Freud Museum for the long-defunct The Good Times in 1990.
Morgen: I know ‘What’s On’ but not heard of ‘The Good Times’, sounds like a fun read. :) You write non-fiction, how do you decide what to write about?
Richard: By the mid-90s, I was writing on the cinema for a number of publications and I suppose one project has led to another. I write mainly on American and European cinema, and a key theme in my writing has been the historical and aesthetic relationships between them. My new book, revolving around the representation of grief and mourning, features case studies of a range of French and American films and liberally draws upon both heritages. The book came about as a PhD thesis which I researched and wrote at Cambridge University. Having reviewed a book by Emma Wilson (daughter of the children's writer Jacqueline Wilson, and a professor at Cambridge's Modern & Medieval Languages faculty), she contacted me to thank me for the write-up and I asked her why nobody writes on the topic of that book, the representation of loss in modern cinema. She said: “Exactly, why don't you write a PhD on it?” The thesis, which I finished in just under 3 years in 2009, passed without corrections and I then approached McFarland, the publisher of my first book who leapt at the project!
Morgen: I love a challenge and have a season ticket for my local cinema which I usually hammer but writing a PhD on the subject takes some doing, although you’re very practiced by the sound of it. What have you had published to-date?
Richard: My first book, on the Austrian-American filmmaker Billy Wilder, was published by McFarland in 2000. My second book was Understanding Realism in 2005, an undergraduate textbook for the British Film Institute. My third, book-sized, work was a substantial contribution to Penguin's Rough Guide to Film in 2007. I've also contributed entries to a range of film guides and encyclopaedias.
Morgen: I guess this won’t apply to the Penguin book but did you have any say in the titles / covers of your books? How important do you think they are?
Richard: I have played only a very small role in choosing titles and cover images, partly because two of my books were part of a series, but also because I tend to see these as issues of publicity and marketing, rather than writing, so I trust that the publisher has a shrewder idea of what works than I do!
Morgen: You would hope so. What are you working on at the moment / next?
Richard: I am currently co-editing with Dr Anna Elsner of Oxford University an edition of the academic film website Film-Philosophy on mourning in French cinema which is due to appear in September 2013. I am also working on a monograph for Wallflower on the 1943 Hollywood Jane Eyre adaptation I Walked with a Zombie which is due to appear in 2014, I believe.
Morgen: Oh wow, I like the sound of that. Do you manage to write every day? Do you ever suffer from writer’s block?
Richard: Yes, I write every day. I don't suffer from writer's block in the way it is generally understood, although of course there are times when it doesn't come as well as it does at other times. That is, I sit down at 9:30 in the morning and.... nothing... so I just stick with it till I have something on the page. Once the juices are flowing, it might come to me more or less fully formed at 3:00 the following morning!
Morgen: :) Do you do a lot of editing or do you find that as time goes on your writing is more, as you say, fully-formed?
Richard: I write something, then rewrite, adding, subtracting, then refine in successive revisits over a period of days. Before I had a computer, I used to draft everything by hand exactly four times over, but now the process is rather more organic.
Morgen: And if your handwriting:typing speeds are like mine, easier with the latter. Do you have to do much research?
Richard: Yes, a lot of my research takes place in libraries and archives, although writing seriously on film means watching films closely and making notes. Researching the new book took me to the cemeteries of Paris!
Morgen: I’m not a fan of research but I’d be more than happy to do that. Do you have pieces of work that you think will never see light of day?
Richard: No, I am fortunate in that everything I have written has been published. It all depends on how far what one writes is in response to contemporary debates and the provenance of new books and reissued films.
Morgen: Do you pitch for submissions and / or are you commissioned to write? 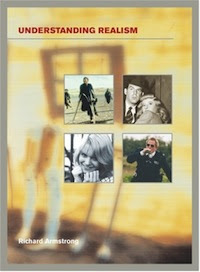 Update February 2013: RA is joint editor with Dr Anna Magdalena Elsner of a forthcoming issue of Film-Philosophy on the representation of loss in French cinema.
***
If you are reading this and you write, in whatever genre, and are thinking “ooh, I’d like to do this” then you can… just email me and I’ll send you the questions. You complete them, I tweak them where appropriate (if necessary to reflect the blog ‘clean and light’ rating) and then they get posted. When that’s done, I email you with the link so you can share it with your corner of the literary world. And if you have a writing-related blog / podcast and would like to interview me… let me know.
** NEW!! You can now subscribe to this blog on your Kindle / Kindle app!
See http://www.amazon.co.uk/gp/product/B008E88JN0
or http://www.amazon.com/gp/product/B008E88JN0 for outside the UK **