Back in September 2012, I interviewed author Michael Bowler for my WordPress blog. I hope you enjoy it...
Welcome to the four hundred and ninety-ninth of my blog interviews with novelists, poets, short story authors, biographers, agents, publishers and more. Today’s is with multi-genre author Michael J Bowler. A list of interviewees (blogged and scheduled) can be found here. If you like what you read, please do go and investigate further.
Morgen: Hello, Michael. Please tell us something about yourself, where you’re based, and how you came to be a writer. 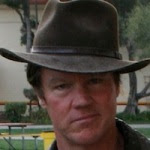 Michael: I grew up in Northern California and have always made up stories from as far back as I can remember. Writing just seemed to be in my blood. I majored in English / Theatre at Santa Clara University and then attended graduate school at Loyola Marymount University in Los Angeles, where I earned a master’s degree in film / television production. I always loved movies, too, and wanted to write screenplays. After making several low-budget films that I wrote or co-wrote and / or directed, I began teaching English at a high school in the Los Angles area and continued doing that for over twenty years. I still wrote on the side, which is how A Matter of Time came into being.
Morgen: How lovely. It took me nearly 40 years to realise that I wanted to write fiction. I’d not even considered it as a career until I went to evening classes but then I had all that experience to write about. I’ve written a script (for the now-defunct Script Frenzy) but didn’t enjoy it; too ‘bitty’ for me but I admire those who do. What genre do you generally write and have you considered other genres?
Michael: I write in all genres, I suppose, but I usually like stories that have an unusual twist, almost a fantasy element, but the genre could be horror or drama or action. I’ve written in all these genres. A Matter of Time is hard to pin down into any one genre because it has horror elements, time travel, history, and romance. The book is currently a finalist in the Reader’s Favorite Self-Published Book Awards contest in the “Romance / Suspense” category.
Morgen: Congratulations. Do let me know how you get on. What have you had published to-date?
Michael: My first book, A Boy and His Dragon, was published in 2011 through Createspace. I wrote that book many years ago and never got very far with publication. It’s a fantasy set in the real world and aimed at junior high age kids on up to adult. A Matter of Time came out in March of this year to coincide with the 100th anniversary of Titanic’s sinking.
Morgen: That’s the great thing about publishing these days is that you can do it yourself. What lead to you going your own way?
Michael: It’s difficult to get agents or publishers to take a chance on an unknown writer. Most won’t even look at your work. In addition, I’ve been reading about other successful authors who started out self-published.
Morgen: Absolutely: Amanda Hocking and Joe Konrath in the US and we have John Locke here in the UK. Are your books available as eBooks? How involved were you in that process? Do you read eBooks or is it paper all the way?
Michael: Both books are available as ebooks. A Boy and His Dragon is only available as a Kindle, but A Matter of Time is in both a Kindle and a Nook format. All I did was follow the directions to convert. Ha! Alas, I’m still not into ebooks – I don’t even own one of those devices. I’m still old school and like holding a book in my hands. Plus, I love good cover art and that usually doesn’t translate well into ebook formats.
Morgen: I’d say 99.9% of the authors I’ve spoken to (and publishers, editors, agents) have said they’d never stop reading paper books, and I’m the same. Besides, I think I have more books in my house than I can read in my lifetime. Do you have a favourite of your books or characters? If any of your books were made into films, who would you have as the leading actor/s?
Michael: I like both of my books that are out now, and love the third one I’ve just written. I think this new one, which hasn’t been published yet, is my best work so far. Of the two that are already published, they are very different. In A Matter of Time, I especially like the character of Dan, Jamie’s roommate. He’s funny and flip, but also very serious when he needs to be for Jamie’s sake. Plus, he takes a big leap of faith in following Jamie on his journey, and that takes some depth of character to do so. In a movie, Jamie could maybe be played by Ezra Miller – he’s the right age and is a phenomenal actor – he definitely has the ability to play the range of emotions required. In the part of Dan, maybe Liam Hemsworth. Dan is tall and good-looking and Liam has those qualities.
Morgen: I didn’t know either name so Wikipediad them. As a former Neighbours watcher I do recognise Liam but Ezra’s new to me (thank you). :) Did you have any say in the titles / covers of your books? How important do you think they are?