Back in August 2012, I interviewed author Peggy Mullins for my WordPress blog. I hope you enjoy it...
Welcome to the four hundred and seventy-second of my blog interviews with novelists, poets, short story authors, biographers, agents, publishers and more. Today’s is with non-fiction author and columnist Peggy Mullins. A list of interviewees (blogged and scheduled) can be found here. If you like what you read, please do go and investigate further.
Morgen: Hello, Peggy. Please tell us something about yourself, where you’re based, and how you came to be a writer. 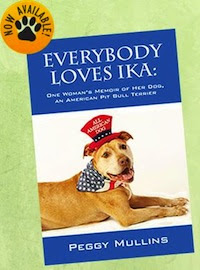 You can sign up to receive these blog posts daily or weekly so you don’t miss anything. You can contact me and find me on the internet, view my Books (including my debut novel!) and I also have a blog creation / maintenance service especially for, but not limited to, writers. If you like this blog, you can help me keep it running by donating and choose an optional free eBook.
For writers / readers willing to give feedback and / or writers wanting feedback, take a look at this blog’s Feedback page.
As I post an interview a day (amongst other things) I can’t unfortunately review books but I have a list of those who do, and a feature called ‘Short Story Saturdays’ where I review stories of up to 2,500 words. Alternatively if you have a short story or self-contained novel extract / short chapter (ideally up to 1000 words) that you’d like critiqued and don’t mind me posting it online in my new Red Pen Critique Sunday night posts, then do email me. I am now also looking for flash fiction (<1000 words) for Flash Fiction Fridays and poetry for Post-weekend Poetry.
Posted by Morgen With An E at 18:00