Back in April 2012, I interviewed author Rachel Abbott for my WordPress blog. I hope you enjoy it...
Welcome to the three hundred and forty-eighth of my blog interviews with novelists, poets, short story authors, biographers, agents, publishers and more. Today’s is with psychological thriller novelist and guest postee Rachel Abbott. A list of interviewees (blogged and scheduled) can be found here. If you like what you read, please do go and investigate further.
Morgen: Hello, Rachel. Please tell us something about yourself, where you’re based, and how you came to be a writer. 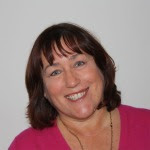 Rachel: I’m Rachel Abbott, and I live in central Italy – in an old converted monastery. Not as huge as it sounds, because there were only ever four monks here, but it does have its own little chapel.
I was lucky enough to sell my business in the UK about 12 years ago, and that gave me the opportunity to give up work a lot earlier than I would have expected to, which in turn gave me the chance to write, something that I had been wanting to do for years.
Morgen: Your ‘house’ sounds wonderful and with your surname, the perfect place. :) I’ve just given up my job (20 years early) although I still do bits of work for them (and will probably have to for a while) but at home, which is wonderful. We’re living the dream, aren’t we? :) What genre do you generally write?
Rachel: I write psychological thrillers – I find people completely fascinating and I should really have been a psychologist. I tend to create scenarios in which people who appear on the surface to be completely normal are actually hiding dark secrets. I did toy with the idea of writing for young teens. I had a really good idea that I still love, but when I tried to write, it just wasn’t good. By trying to write for a younger age range, my writing became very stilted.
Morgen: I think I’d be the same, not helped by not having children. :) What have you had published to-date? Do you write under a pseudonym?
Rachel: My first novel – Only the Innocent – was published in November 2011 for the Kindle and other e-readers. I’m delighted to say that it reached Number 1 in the UK Amazon charts on 18th February.
Rachel Abbott is a pseudonym which I actually decided to use because I wasn’t sure I could handle publishing something in my own name if people didn’t like it. Fortunately, it appears that the majority of people do like it, so I needn’t have done that. However, I like the name Rachel Abbott much more than my real name!
Morgen: :) Do you have an agent? Do you think they’re vital to an author’s success?
Rachel: I do have an agent, but I didn't until Only the Innocent had become successful. I don't think that an agent would have had much impact on sales of the Kindle version of Only the Innocent, but I am confident that in the future my agent will have a huge impact on my writing. I have found her to be immensely helpful and supportive and whether we decide to go the traditional route or stick with self-publishing, I am confident that it was the right decision. If I am honest, I would still really like to see my book in a bookshop, and the best chance of that is with a good agent. I tend to read on my Kindle or iPad now, but I have a massive library at home with thousands of books. I just love them.
Morgen: I don’t have an agent and do feel that they earn their keep (in most cases) but I love being able to do our own thing, making our own choices. How much of the marketing do you do for your published works or indeed for yourself as a ‘brand’?
Rachel: To date, I have done all of my own marketing – with no budget at all. When I launched Only the Innocent, I had no sales platform – nobody knew I existed. So it was a very steep learning curve. I used Twitter extensively to start with – and although people say that you only perhaps pick up one or two sales a day with Twitter, the reality is that in the early days of selling a book, every individual sale is vitally important to the book’s visibility on Amazon.