Back in November 2011, I interviewed author Wayne Zurl for my WordPress blog. I hope you enjoy it...
Welcome to the two hundred and third of my blog interviews with novelists, poets, biographers, agents, publishers and more. Today’s is with crime novelist Wayne Zurl. A list of interviewees (blogged and scheduled) can be found here. If you like what you read, please do go and investigate further.
Morgen: Hello, Wayne. Please tell us something about yourself and how you came to be a writer.

Wayne: Shortly after World War Two, I was born in Brooklyn, New York. Although I never wanted to leave a community with such an efficient streetcar system, I had little to say in my parents’ decision to pick up and move to Long Island where I grew up. Like most American males of the baby-boomer generation, I spent my adolescence wanting to be a cowboy, soldier, or policeman. All that was, of course, based on movies and later television. The Vietnam War accounted for my time as a soldier. After returning to the US and separating from active duty, the New York State Employment Service told me I possessed no marketable civilian skills. So, I became a cop. That was as close to military life as I could find. Now that I’m retired from the police service, I still like the cowboy idea, but have interrupted that aspiration with an attempt at being a mystery writer. Years ago I left New York, land of the Big Apple, to live in the picturesque foothills of the Great Smoky Mountains of east Tennessee with my wife, Barbara.
Morgen: And you can certainly write about what you know. So you generally write mysteries, have you considered other genres? Perhaps a western? :)
Wayne: I wrote one quasi sci-fi short story about time travel for a contest I never entered because I drastically exceeded the word limit. Other than that, I exclusively write police mysteries. But I think I could pull off a western.
Morgen: Ah yay. Or should I say “yee har”. OK, maybe not. :) What have you had published to-date? If applicable, can you remember where you saw your first books on the shelves?
Wayne: My first full-length novel, A NEW PROSPECT, debuted in print January 20, 2011. I also have ten other Sam Jenkins mystery novelettes available in audio book and eBook formats.  I first saw A NEW PROSPECT in a local Hastings Entertainment bookshop in the “books of local interest” section. I had mixed emotions. Should I be shelved in the mystery section along with the big guys or in with local interest because the story takes place in the Smoky Mountains? I guess the book manager knew his business. I’ve sold quite a few books there.
Morgen: I’d have said in the mystery but I guess he knew what he was doing. Our local bookshops (a Waterstone’s) has very little in the local section, fiction certainly, so I write about this area in the hope… actually I write about it because I know it but I do have that at the back of my mind. How much of the marketing do you do for your published works or indeed for yourself as a ‘brand’?
Wayne: The first time someone asked me, what’s my brand, I thought about cattle.
Morgen: Yes, I’d say you could write a western.
Wayne: I’m sadly lacking in modern electronic media marketing lingo. I push my stories as the Sam Jenkins Smoky Mountain mysteries. That names my protagonist and anchors him in a very beautiful and popular locale. I spend hours each day devoted to marketing.
Morgen: That’s a lot but I guess it’s becoming a way of life these days, and I have to say it’s great chatting to readers and writers online. Well, I don’t have to but it is. Have you won or been shortlisted in any competitions and do you think they help with a writer’s success?
Wayne: A NEW PROSPECT was named Best Mystery at the 2011 Indie Book Awards by the Independent Publishing Professionals Group. Three of my novelettes have made it to the publisher’s bestseller list.
Morgen: Well done. :) Do you write under a pseudonym? If so why and do you think it makes a difference?
Wayne: Pseudonym? Would anyone choose Wayne Zurl as a name if they had another option?
Morgen: It’s very memorable. :)
Wayne: I suppose there’s a valid marketing reason for some people to alter their names. They write in two genres, perhaps. And for sexist reasons, I know two female authors who use a unisex approach suggested by the publishers—first and middle initials only. One writes naval thrillers and the other blood and guts sci-fi. The PR people think the genres would sell better if readers didn’t initially know they were females. I don’t think that’s right, but they seem to be able to live with it and this isn’t a perfect world.
Morgen: Morgen’s useful because I can write light and dark – I have been called ‘Mr’ before despite my caricature being plastered everywhere. Mostly I get called Morgan (with an ‘a’) because it’s the more usual spelling. Are your books available as eBooks? If so what was your experience of that process?
Wayne: All my books are available in various eBook formats. They account for a fair amount of sales and the royalties are higher. I’ve read that more than 30% of Amazon’s book sales are Kindle books. The times, they are a-changin’.
Morgen: As Bob once said. Yes, you definitely need to write a western. :) Apparently eBooks have taken over hardbacks which I guess is not surprising given the cost of hardbacks and that they’re heavy to carry around (heavier than an eReader in most cases). Do you read eBooks?
Wayne: I still like a traditional book, but someday may buy an eReader.
Morgen: I have one but it gathers dust. I read paperbacks at home and have the eReader for travelling but I rarely go anywhere and if I do, I tend to take my laptop (which isn’t much heavier) but it’s there and I think I’ll make more use of it. What was your first acceptance and is being accepted still a thrill? 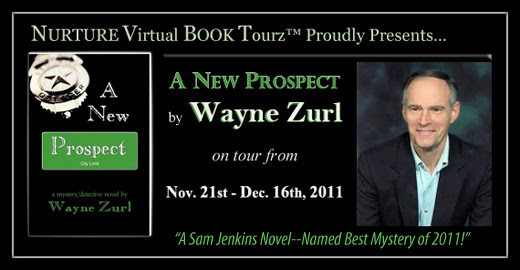 If you are reading this and you write, in whatever genre, and are thinking “ooh, I’d like to do this” then you can… just email me and I’ll send you the questions. You complete them, I tweak them where appropriate (if necessary to reflect the blog ‘clean and light’ rating) and then they get posted. When that’s done, I email you with the link so you can share it with your corner of the literary world. And if you have a writing-related blog / podcast and would like to interview me… let me know. :) You can sign up to receive these blog posts daily or weekly so you don’t miss anything… and follow me on Twitter where each new posting is automatically announced. You can also read / download my eBooks and free eShorts at Smashwords, Sony Reader Store, Barnes & Noble, iTunes Bookstore, Kobo and Amazon, with more to follow. I have a new forum, friend me on Facebook, like me on Facebook, connect with me on LinkedIn, find me on Tumblr, complete my website’s Contact me page or plain and simple, email me.  I also now have a new blog creation service especially for, but not limited to, writers.
Unfortunately, as I post an interview a day (amongst other things) I can’t review books but if you have a short story or self-contained novel extract / short chapter (ideally up to 1000 words) that you’d like critiqued and don’t mind me reading it / talking about and critiquing it (I send you the transcription afterwards so you can use the comments or ignore them) :) on my ‘Bailey’s Writing Tips’ podcast, then do email me. They are weekly episodes, usually released Monday mornings UK time, interweaving the recordings between the red pen sessions with the hints & tips episodes. I am now also looking for flash fiction (<1000 words) for Flash Fiction Fridays.
Posted by Morgen With An E at 06:00