Back in July 2011, I interviewed author Gary Towner for my WordPress blog. I hope you enjoy it...


Welcome to the seventy-first of my blog interviews with novelists, poets, directors, bloggers, autobiographers and more. Today's is with horror, sci-fi, adventure novelist Gary Towner. If you like what you read, please do go and investigate the author further. A list of interviewees (blogged and scheduled) can be found here.
Morgen: Hello Gary. Can you please tell us how you came to be a writer.
Gary: Starting with a 1980 creative writing class at the New Mexico Institute of Mining and Technology, I have felt the need to write novels. I have studied under mentors John Tigges, Carolyn Banks, and many others. Also, I have completed a number of

correspondence writing courses to better learn the craft. I loved the Allan Quartermain series and have written a number of adventure novels in an attempt at joining in all the fun. I've been writing unpublished works for over ten years, but now have a number of published, or soon to be published, works to my credit. Of course I continue working on a number of WIPs that will someday, hopefully, also find a home at Amazon and elsewhere in the book industry. A sample of my Johnny Walker series, slated to be published by Whiskey Creek Press and available in both paperback and ebook form soon, follows:
1) The Mbuji Juju is a romance/adventure story that takes place in Africa. If it were a movie, the log line would be: He forced her to accompany him on an adventure. Together they will rewrite history. WGA 971343 (88,430 words)
2) The Dead Still Walk is a psychological Thriller/Adventure story that ranges from the US to Guatemala to the Kukulcan pyramids of Mexico. A man's past catches up to him. WGA 1325826 (83,429 words)
3) The 3-Legged Camel is an Adventure/Treasure hunt story that ranges from Somalia to Timbuktu to the sands of the Sahara. WGA 1346020 (91,130 words)
4) The Frozen Detaunt is an Adventure/Exploration story that ranges from icy Antarctica to the expanse of the previous USSR and ultimately to the lost city of Atlantis. WGA 1346693 (81,200 words)
My Horror/Sci-Fi paper back novel Pestilence, published by Small Dogma Publishing, is the tale of carnivorous insects that have mutated from ravenous grasshoppers-mostly due to toxic waste mingling with genetically altered crop seed. When the U.S.  Army arrives, obstetrically to put down the menace, the farming community soon learn to their horror, they are under orders to exterminate more than mere insects. More prose on this and my above works are detailed at my website.
Morgen: You’ve mentioned a lot there, is there a genre that you generally write?
Gary: Pestilence, is a Horror/Sci-Fi novel, but Starting in November 2011 the first of four of my stand alone Adventure novels is slated to be published.
Morgen: You’ve also mentioned unpublished or soon-to-be-published, what have you had published to-date?
Gary: My paperback Pestilence is offered at Amazon, Barnes & Nobel, and Books a Million. An ebook version for the Kindle is available at Amazon.
Morgen: Ooh, not heard of ‘Books a Million’ before. How much of the marketing do you do for your published works or indeed for yourself as a ‘brand’?
Gary: I have sent press releases and have joined several Linkedin groups.
Morgen: Ah press releases. You’re a step ahead of me as I went to a networking event all about PR so am yet to do those (although I have nothing to sell yet which would help :)). And LinkedIn is how we ‘met’. :) Have you won or been shortlisted in any competitions and do you think they help with a writer’s success?
Gary: My Pestilence has been nominated for the nominated for the Dan Poynter Global ebook Awards. 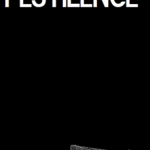 unrelenting action: and diamond-bright, three-dimensional characterization. His latest, Pestilence, is a perfect example. This gripping story is Sci-Fi horror at its best: a taut, cautionary tale of the evil that can erupt when scientific curiosity, corporate arrogance, and military ruthlessness collide in an arena with no ethical oversight. Be careful – if you read Pestilence, you might not merely be entertained. You might actually learn something… and you just might wake up worried in the middle of the night.”
Morgen: Cool, thanks Gary.
If you are reading this and you write, in whatever genre, and are thinking “ooh, I’d like to do this” then you can… just email me and I’ll send you the questions. You complete them, I tweak them where appropriate (if necessary to reflect the blog ‘clean and light’ rating) and then they get posted. When that’s done, I email you with the link so you can share it with your corner of the literary world. And if you have a writing-related blog / podcast and would like to interview me… let me know.
You can sign up to receive these blog posts daily or weekly so you don’t miss anything… and follow me on Twitter where each new posting is automatically announced. You can also read / download my eBooks and free eShorts at Smashwords, Sony Reader Store, Barnes & Noble, iTunes Bookstore, Kobo and Amazon, with more to follow. I have a new forum and you can follow me on Twitter, friend me on Facebook, like me on Facebook, connect with me on LinkedIn, find me on Tumblr, complete my website’s Contact me page or plain and simple, email me.  I also now have a new blog creation service especially for, but not limited to, writers.
Unfortunately, as I post an interview a day (amongst other things) I can’t review books but I have a feature called ‘Short Story Saturdays’ where I review stories of up to 2,500 words. Alternatively if you have a short story or self-contained novel extract / short chapter (ideally up to 1000 words) that you’d like critiqued and don’t mind me reading it / talking about and critiquing it (I send you the transcription afterwards so you can use the comments or ignore them) :) on my ‘Bailey’s Writing Tips’ podcast, then do email me. They are weekly episodes, usually released Monday mornings UK time, interweaving the recordings between the red pen sessions with the hints & tips episodes. I am now also looking for flash fiction (<1000 words) for Flash Fiction Fridays and poetry for Post-weekend Poetry.
Posted by Morgen With An E at 06:00