Back on June 26th 2011, I interviewed writer, poet and lyricist Nathan Weaver, the twenty-ninth for my WordPress blog. I hope you enjoy it...


Welcome to the twenty-ninth of my blog interviews with novelists, poets, directors, bloggers, autobiographers and more. Today's is with prose author, poet and lyricist Nathan Weaver. If you like what you read, please do go and investigate the author further. A list of interviewees (blogged and scheduled) can be found here.
Morgen: Hi, Nathan. Please start off by telling us something about yourself and how you came to be a writer.
Nathan: I’ll primarily start by blaming my eldest brother, I suppose. 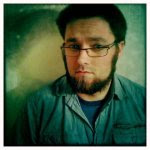 intelligence by a freelance scientist and those that wish to take his invention for their own gains.  And in classic Hitchcock fashion, an average Joe gets caught up in the middle of it all.
Morgen: He’s so careless. :)
Nathan: I’m also planning to tackle my first novel soon, and try to knock out as much of it as I can while sealed off from the world in my family’s lake cabin.  It’s called ‘Hardboil High’, and as you may have guessed it’s a hard-boil piece about high school.  It’s going to be a series of seven novels.
Morgen: Wow, nothing like being ambitious. :)
Nathan: Indeed.  You can learn more about ‘Hardboil High’ and read a few excerpts here:

Nathan: …and please feel free to submit something to the Rogues Gallery.
Morgen: Ooh, thanks I will (to me a nudge to remind me if I take too long…).
If you are reading this and you write, in whatever genre, and are thinking “ooh, I’d like to do this” then you can… just email me and I’ll send you the questions. You complete them, I tweak them where appropriate (if necessary to reflect the blog ‘clean and light’ rating) and then they get posted. When that’s done, I email you with the link so you can share it with your corner of the literary world. And if you have a writing-related blog / podcast and would like to interview me… let me know.
You can sign up to receive these blog posts daily or weekly so you don’t miss anything… and follow me on Twitter where each new posting is automatically announced. You can also read / download my eBooks and free eShorts at Smashwords, Sony Reader Store, Barnes & Noble, iTunes Bookstore, Kobo and Amazon, with more to follow. I have a new forum and you can follow me on Twitter, friend me on Facebook, like me on Facebook, connect with me on LinkedIn, find me on Tumblr, complete my website’s Contact me page or plain and simple, email me.  I also now have a new blog creation service especially for, but not limited to, writers.
Unfortunately, as I post an interview a day (amongst other things) I can’t review books but I have a feature called ‘Short Story Saturdays’ where I review stories of up to 2,500 words. Alternatively if you have a short story or self-contained novel extract / short chapter (ideally up to 1000 words) that you’d like critiqued and don’t mind me reading it / talking about and critiquing it (I send you the transcription afterwards so you can use the comments or ignore them) :) on my ‘Bailey’s Writing Tips’ podcast, then do email me. They are weekly episodes, usually released Monday mornings UK time, interweaving the recordings between the red pen sessions with the hints & tips episodes. I am now also looking for flash fiction (<1000 words) for Flash Fiction Fridays and poetry for Post-weekend Poetry.
Posted by Morgen With An E at 08:02